The last two summers I’ve attended the “Be Present” retreats on the Oregon coast.  I wrote a guest blog post for Liz as part of her “Why Retreat” series which I’d like to share with you here.  Visit Liz’s website for information on her Be Present retreats, her home retreats and all the other magical projects she is working on for her kindred spirits.

For anyone who has doubted, been afraid, or couldn’t see the way…this is for you.

I didn’t realize it then

There was a tiny break, a little window with a glimmer of light shining through it was small, but it was there. 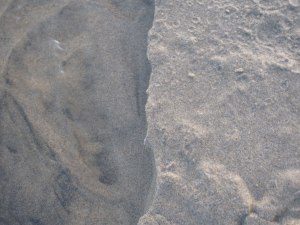 I found “Your Story” through Ali, while taking her class at BPC. Late at night, I was working a layout telling my creative story. A story of frustration, of fear, of not-being- good-enough, of being stuck-really-truly-stuck, stuck like i’m-never-going-to-dig-out- stuck. I cried when I wrote the words, screaming on the page…all my frustrations poured out of me.

“Why can’t it just be ok to be me in all my imperfect glory … and have it be OK?”

And then I realized that if something didn’t change, I was going to be well and truly miserable for the rest of my life, and make everyone around me miserable as well and that was not acceptable. I was staring down hard at 50 and thought…I do not want to spend the second half of my life like this and be a bitter, unfulfilled angry woman.

I talked to Ali, I talked to Liz…The retreat sounded interesting and engaging and very new-agey and totally out of my comfort zone, completely not something I’d be into…

And I went anyway.

I almost didn’t make it…the morning of my departure, I couldn’t leave the house….major major anxiety/panic attack out of no where…my sister literally talked me out of the house, into the cab and into to the airport and on the plane. As I flew from Boston to Oregon_a touch of grace_the fear started to fall away. By the time I reached Portland, I was so excited for the adventure, the fear was completely gone.

Over the weekend, I listened to the stories around me, we laughed, we cried, we encouraged each other, we were silly, we were true. We all played with words, and cameras and paper and paint and glue. I tried things I’d never thought I’d do (intentional walking? This is a former New Yorker you’re talking to seriously? – yes and it was a great creative exercise) I found the courage to tell my story in a torrent of words and fear and tears and … it was OK, there were words and hugs and complete and total acceptance. No baggage, no judging, no “you should’s”

And it was as if a weight and a veil was lifted and in their place was grace and peace and a wonderful group of kindred spirits, and we are walking the same path together and it is all OK.

And….I went back this year, with 8 kindreds and 9 new friends and it was even more rewarding, in a much different way as I feel like I am more my authentic self a year later.

I am still processing, two retreats and over a year later, how this experience has changed my life. On an early morning walk just after I returned home from Oregon the first time, my girlfriend looked at me and said…you look different, you seem calmer and more at peace….my reply was “i am”.

Do I still doubt myself…absolutely, but now instead of wallowing, I acknowledge it, see how I can use it, and send it on it’s merry way.

Do I still have creative angst…you betcha but I’m learning that it’s OK, it’s part of the process and that I have to move forward even if it’s one little baby step at a time. 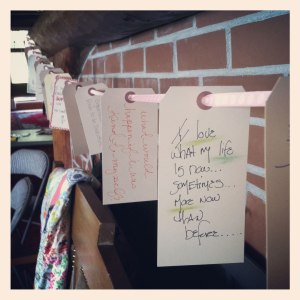 I retreated to find myself ( I know, sounds totally cliche but it’s absolutely true) and in finding myself, I saved the rest of my life.

That I can re-write my script, anytime, anywhere, anyway I want it to read, as many times as I want.

I am An Artist…with no definition

That life, like art, is a work in progress…we have a beginning and an end…and in between is fluid and moving and lovely and changing and heartbreaking and mindblowing and hard and sweet and oh so wonderful, and it’s ours to decide.

That reaching out can reap the sweetest rewards

I discovered that it is all, on every level, OK