I’m excited to start working on our 2015 December Daily album, it is finally December (my birthday month for which I wait patiently all year!)  and time to dig in to the project.  This will be the 6th or 7th year I’ve done a December Documentation album and this project is one of my very favorites.  If you’re not familiar with the project, hop on over to Ali Edwards Blog and read about the project and her approach.  Love Ali, Love this project and Love December!!

Let’s begin… I’ll apologize for the crummy photos, I will try and re-shoot everything at another time but it’s pretty much dark here at 3:45 because of the weather so not so good for photos.   My goal for this year is really to tell one story a day.  Some years I’ve told one, some years I’ve had several things going on and some years it’s just been a piece of pretty paper (not that there is anything wrong with that).  I’m really starting my album with Thanksgiving but those pages aren’t done yet, wanted to get a jump on December stories and try and get into a daily rhythm .

The story of December 1 was a story of being able to laugh at yourself, being able to not take yourself too seriously, and being gracious in the face of extreme goofiness.

Why you ask?  Because my hubby last night took a photo of me nodding off on the couch and posted it on Facebook (!)  general consensus?  He is in very big trouble.  Everyone thought it was hysterically funny (In my defense, it was well past 10 and it had been a long day with a glass of wine at the end).  So not only was I a good sport about the whole thing, It was the perfect story to document general everyday silliness around here….and I will note that when I asked him to take down the post this morning, he did it right away.

This year I’m using Ali’s December Daily Kit as well as the One Little Bird Mini-Kit for my album, along with other supplies I have around the studio.  Hope you give a project like this a try, it can be as simple or as ornate as you like!  I’ll post more general photos/thoughts/ideas later…time to go pick up the girls from basketball practice…one bonus of December here in New England…sports (at least the ones the girls play) move inside!

What are you working on this December?

One thought on “December Daily …yes, another project (!)” 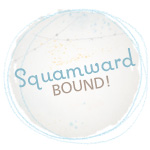